A portion of the tax return for 2013 for the Peoples Alliance for Leadership.

Note: I will be adding to this report in the coming weeks, both elaborating on the figures provided here and looking at other participants in successful effort to oust Alabama Public Service Commissioner Terry Dunn and pave the way for the rate hike approved by the PSC in December and now in effect for Alabama Power customers.

Below are four charts showing what is known — and not known — regarding payments to five non-profits that are written about extensively on this web-site. They are: The Jobkeeper Alliance; the Partnership for Affordable Clean Energy (PACE); the 60 Plus Association; Vote Alabama; and the Peoples Alliance for Leadership, or as it’s generally referred to here, PAL.

The following sums were taken from the publicly available tax forms, called Form 990s, of the organizations. Unfortunately, 501c4 organizations do not have to identify their sources of funds. There is, however, one exception to the disclosure rule that has provided great benefit to this project. It is: When one non-profit contributes to another non-profit, it must identify the recipients and amounts given. As a result, Vote Alabama and PAL have had to disclose the sums they have contributed to Jobkeeper, PACE, and 60 Plus.

These organizations have historically waited until the deadline for the second extension to file their returns. As a result, financial records for these groups for 2014, to the extent they come from 990s, will not likely be available until November.

In 2013, the year when the attack campaign against Dunn commenced, the total given to the two non-profits exploded to more than $2.5 million.

It is not known who is funding the two non-profits.  As anyone familiar with this web-site knows, I believe that the sole or primary source of those funds is Alabama Power, either directly, or through an affiliate, such as Southern Company Services.

Matrix has provided political consulting services for Alabama Power for decades. The company won’t say what Matrix does for them, and Matrix certainly won’t. 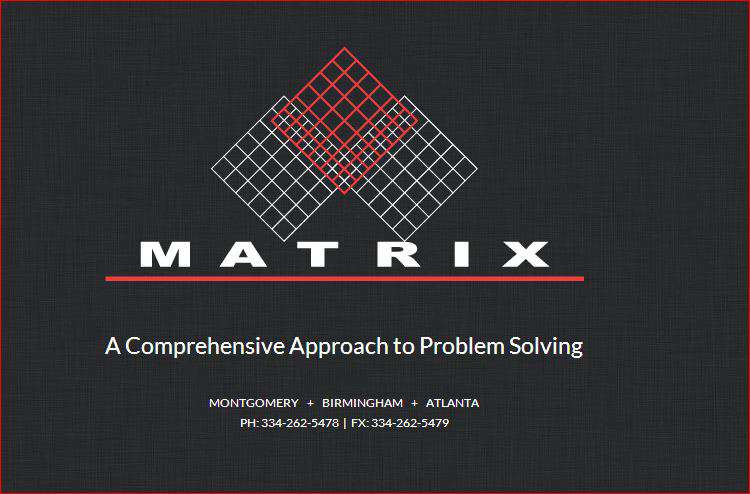 The first chart covers PAL and Vote Alabama. Think of them as feeder groups. They exist for one purpose — to receive money, and then pass it on to the groups that become engaged in public relations campaigns supported by Alabama Power and related companies and groups. 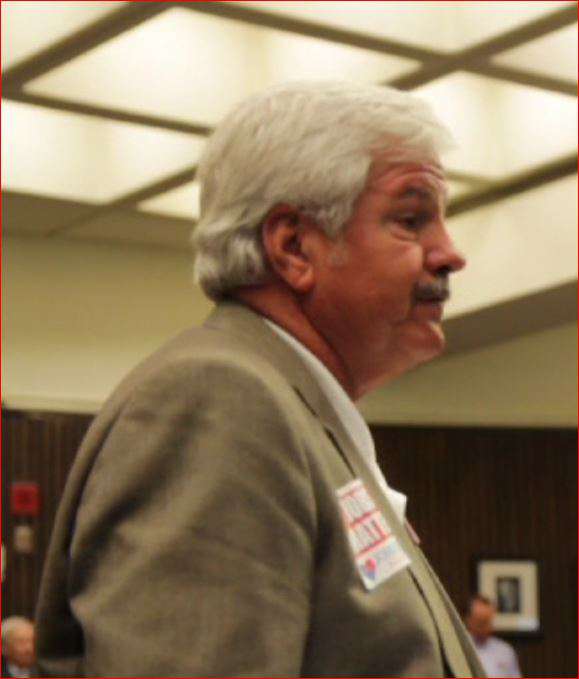 Al Henley, the head of Vote Alabama, addresses the PSC in 2013. He was appearing on behalf of the AFL-CIO, not Vote Alabama. Suggestion to media: Call Henley and ask him about Vote Alabama, and where it gets its money.

Money report on “Partnership for Affordable Clean Energy,” or, PACE, which was incorporated in 2009. 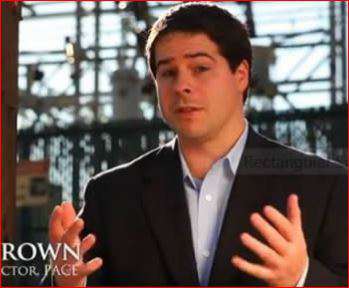 Lance Brown, former Matrix LLC employee, now head of PACE. If you come across any issue, no matter how small, in which Brown doesn’t side with Alabama Power and the Southern Company, by all means, pass it on.  But of course, no such differences exist. They write the playbook, he follows instructions.

Money report on JobKeeper Alliance, which was incorporated in 2012. 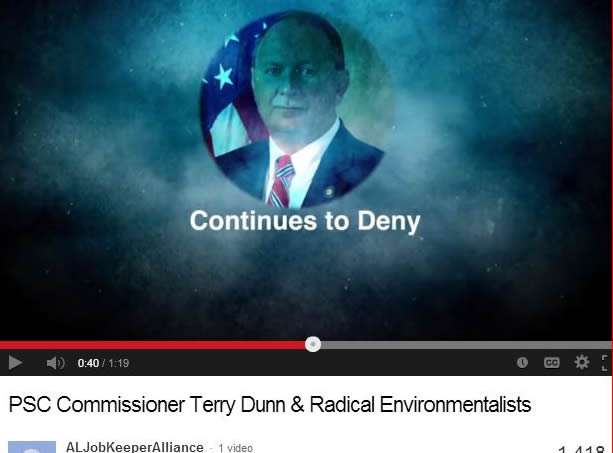 Some of the handiwork of the JobKeeper Alliance. JobKeeper director Patrick Cagle — son of Alabama Power’s long-time former head of corporate security — is a go for the jugular type.

Money report on The 60-Plus Association

60 Plus files its 990s based on a calendar year ending in June of each year, so its figures are not as up to date as the others. However, because it is active nationwide, and receives over $10 million a year, there is no way, from its tax returns, to break down its activities by state or issue. It became involved in Alabama in 2013 — in the efforts against Dunn, and, also like PACE and JobKeeper, in supporting Alabama Power’s positions before the Public Service Commission. 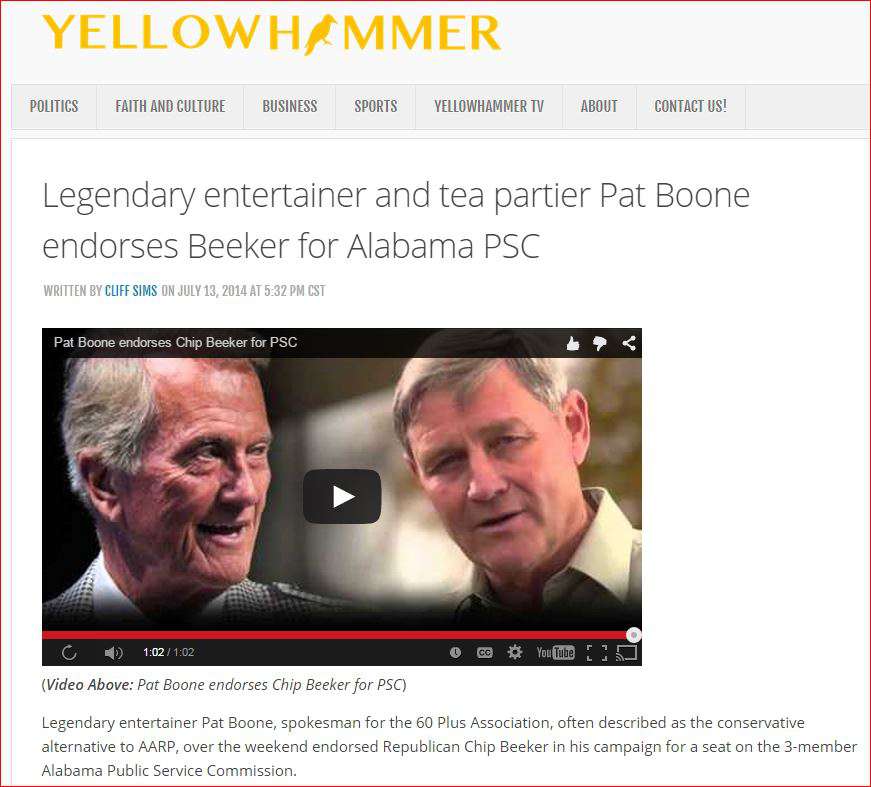 A story in Alabama Power loving, Terry Dunn hating Yellowhammer News, reporting the hot news that Pat Boone — the “national spokesman” for 60 Plus — had decided for some bizarre reason to weigh in on a Republican primary race in Alabama for a spot on the public service commission. Boone endorsed Chip Beeker, Terry Dunn’s opponent.

More coming on the Money Report, including a look at, Coal Jobs Count. 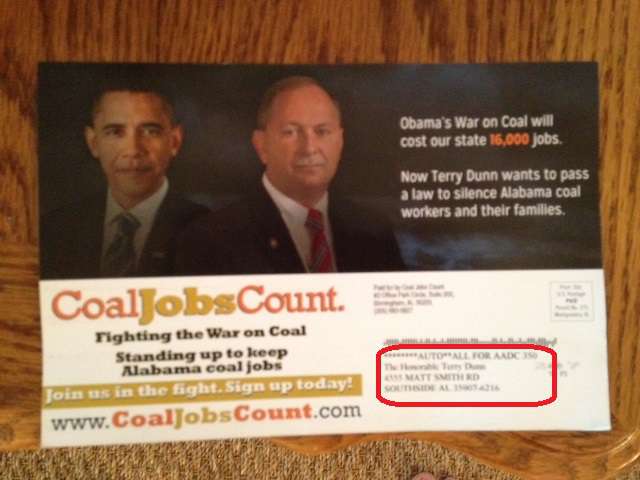 This particular flier was mailed to countless Alabamians, including Terry Dunn.

The Protesters, Masked and Anonymous: For Terry Dunn Or Against Him? Pawns … Or Players? (See new video)