From, “Ethics Southern Style,” the official Code of Ethics for the Southern Company and its subsidiaries, including Alabama Power

As you would expect of a publicly traded company its size, the Southern Company, and by extension, Alabama Power, has a code of ethics. It’s called, “Ethics Southern Style.” A bit ham and eggsy, but that is the name. Not me making it up, in other words.

The five page guide, which is on the company’s website, includes a letter from CEO Tom Fanning. He writes:

“Each day Southern Company employees model Southern Style in everything we do. That kind of performance has earned us a high level of trust among our customers, shareholders and regulators.

“I expect everyone in Southern Company, especially me, and all our subsidiaries to (follow the code.) Any director, officer, employee or vendor who violates the Code puts his or her relationship with the company in jeopardy.”

Tom Fanning, Chairman and CEO of the Southern Company, and a member of Alabama Power’s Board of Directors

“Ethics Southern Style” forcefully declares that company employees, officers and board members are “required to report promptly to management any activities that may be in violation of this Code, other company policies, or any applicable laws or regulations.”

As regards the activities against Dunn, complying with that provision would seemingly require upper management to report itself to itself. Something like:

“Self, I and others in positions of the highest leadership at Alabama Power and the Southern Company determined that positions taken by Terry Dunn, while clearly within the purview of his official duties, could cost us and our shareholders money. As such, I and others, to include people we do business with, decided to engage in a multi-faceted, lengthy and ongoing campaign to spread lies about him, tarnish his reputation and put him up to ridicule.

“Were even a mild, limited telling of our actions against Dunn appear in a newspaper, it would bring shame to us and all those who work at Alabama Power and Southern Company. Needless to say, it would be most difficult to explain our actions to our children, parents, and all who look up to us.”

Role of Boards of Southern Company and Alabama Power

Maintaining the Southern Company’s code of ethics is ultimately the responsibility of the boards of directors of the company and its subsidiaries. As stated on the Southern Company web-site, to serve as a director one must have various qualifications and personal qualities, including:

The portion of the company’s web-site devoted to its directors also contains the “Ethics Southern Style” publication. The board, as stated here, is required to both follow the code and seek to assure that the company complies:

As I suppose is clear, I believe that:

A) The activities against Dunn  have involved and continue to involve grave breaches of the company’s code of ethics by people at the highest levels of Alabama Power, Southern Company, and by political consultants and others who provide services or materials to the company; and,

B) The boards of directors of Alabama Power and the Southern Company have failed to uphold their duties to assure that the companies they govern abide by the code,

Conclusion: “Ethics Southern Style” is a public relations tool not adhered to by those at the very top of Alabama Power and the Southern Company. It’s a feel-good document, nothing more.

Alabama Power’s board contains several directors who are or have served as directors of each other’s companies. While not illegal, “interlocking directorships” are considered a red flag for potential conflicts of interests for corporate boards. The existence of such relationships raises questions about the ability for directors to truly be independent.  Consider the following:

Charles McCrary is a director or Regions Financial Corporation, and serves on the bank’s governance committee. He is also a director of the insurance company, Protective Life Corp.

John D. Johns is the CEO of Protective. He is also a board member of Alabama Power and Regions.

Dowd Ritter was until 2010 the CEO of Regions. He has been a board member of Alabama Power since 1997, and is also on the board of Protective Life.

Malcolm Portera is not a current or former CEO. He is the retired Chancellor of the University of Alabama System. But he is very much in the club. He’s a director of Alabama Power, Regions, and Protective.

Those four get together frequently, and the pay is excellent. They — and other Alabama Power directors — also serve on the boards of numerous other state associations.

I do not know them, and believe that all are esteemed for their good character and business acumen. But considering the clubby nature of their interlocking directorships in publicly traded companies and a host of other non-corporate boards, I think it most unlikely that they would engage in the sort of boat-rocking that would be required by a serious inquiry into Alabama Power’s role in the acts against Terry Dunn.

The company’s board is also notable for lack of turnover. Most of the outside directors have been on the board for more than 10 years, and most for far longer.

Here are the boards of directors of Alabama Power and Southern Company:

Board of Directors of Alabama Power 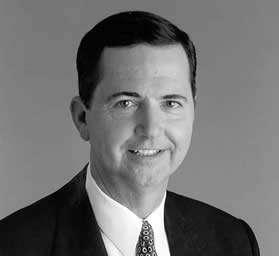 Charles D. McCrary: Chairman of the Board, recently retired President and CEO of Alabama Power

“Nothing is financially right if it’s morally wrong. You have to start by running your business with honesty, integrity and by telling the truth. Once you do that, you can then start focusing on results.”

— Charles McCrary, president and CEO of Alabama Power from the time the attacks on Dunn began and until stepping down on March 1, 2014.

Board of Directors of the Southern Company

Thomas A. Fanning : Chairman of the Board, President and Chief Executive Officer, Southern Company

Here are the members of the Southern Company board, starting with Fanning at top left, then left to right and to the next row.

Some more of the fine work in the name of JobKeeper Alliance and Patrick Cagle. Another client of the tiny film company that produced this video: Alabama Power.

If I can prove beyond a shadow of a doubt that this was a bogus protest staged to create a fake link between “radical environmentalists” and Terry Dunn, the game will be up on Alabama Power — and Southern Company.